Karen lost her job and found her way back

I had just turned in my grades and was ready for the holidays one Monday. It was mid-morning, and there was a knock at the door.

Outside was my department head. She was in her running clothes, and it was clear that my house was on her path. She was sweaty, and … crying?

Most of my friends know not to pop in on me. My house is perpetually chaotic, and I like a little warning before anyone steps inside. I’m quirky that way — but the word is out, and no one really comes to visit without letting me know in advance.

My boss didn’t waste a moment. “They’ve decided not to renew your contract,” she said between deep draws of air. “I’m sorry.”

It turned out I was about to teach my last semester of a job I loved, teaching English reading, writing, listening, and pronunciation to students from other countries.

I’d never seen myself teaching non-native speakers for a living. The fact is, I’m a poet, and my graduate degree is in creative writing. Most of my career has been spent teaching writing — of the composition variety, with some other courses (lit, grammar, poetry) on the side. But with my boss’s announcement, it appeared that pretty soon I wouldn’t be teaching anything at all.

I told my boss it was OK (it wasn’t), and I thanked her and gave her a smile before sending her on her way. The truth is, I was both devastated and snarling mad. I told everyone who would listen that I’d been canned, and I slung snot all across that small liberal arts campus.

I was never a good fit for this small university, where the students reeked of privilege. You could tell it from their grade-grubbing and the way they tried to argue every minus out of existence. The international students weren’t quite as bad in this regard; they weren’t legacy students whose parents had grubbed grades just 20 years before. All students are different, of course, and there are wonderful people from all walks of life, and I knew I would miss them — even the ones who seemed addicted to extra credit.

My immediate problem was that I couldn’t envision myself doing anything but teaching English — any kind of English, from Shakespeare to basic pronunciation. I had come to my city in Missouri with my husband when he got a tenure-track job (a professorship) at a state university, and I’d felt lucky when I was hired at the small, pricy college across town.

The heck of it was that I wasn’t being fired for cause; rather, my contract wasn’t being renewed because the college had fallen on hard times and was struggling just to survive. Its beautiful old buildings were in disrepair, and custodians were cut, too, so that we faculty members had to empty our own trash and vacuum our classroom floors.

After my boss ran home, I was left to process her message. Christmas was a couple of weeks away, and had I known what was going to happen, I wouldn’t have been quite as generous. My kids were 9 and 3, and they were going to have a pretty stellar year, with lots of toys tucked away in closets. I always waited until grades were turned in to put the tree up — I didn’t feel especially Christmassy until my work was done — and I wasn’t sure how I would manage to deck any halls in this onerous new reality.

I was about to be unemployed.

Being let go by a snooty, high-priced college hurt, but do you know what hurt more? Being fired by a Kentucky honky-tonk bar back when I was an undergraduate. I’d been hired as a server, and my job was to make the rounds through my third of the large room and sell as much beer as I could. In the four weekends I worked there, I thought I’d done pretty well. I already had regulars, and I was learning to tell the difference between a friendly flirtation and a potentially dangerous drunk. I experienced some mild hazing, too; I’d been forced to clean bathrooms every night, and no other server ever had to take a turn. The men’s room was a shocking revelation. I never want to see another half-dissolved urinal cake.

I’d worked Thursday, Friday, and Saturday nights for four weekends in a row, and as I emerged from the men’s room in the wee hours of that final Saturday, steering a mop bucket across the dark floor, the owner of the bar pulled me aside.

I was flummoxed, but I sputtered out, “Why?”

“You’re just not pushing the beer,” he told me.

I cried for days. It sounds silly. The tips were awful and the bathrooms were, frankly, horrifying. But I liked being a server. It was kind of satisfying to get people what they needed and to feel myself getting better and better as I went along. I sort of liked the country music, and the time a customer I liked swung me out on the dance floor for a quick break.

Losing my academic job didn’t feel worse than losing that serving job. It actually seemed a little easier. The college was in trouble, and frankly, I’d be surprised to see it operating in five years. But the job wasn’t a close fit for my interests or abilities, and it didn’t break my heart to be moving on. It had broken my heart not to be good enough for one of the world’s worst bars. What did that say about me?

I wasn’t devastated. I was just scared.

A funny thing happened to me after I got the bad news from my boss. I celebrated Christmas with its chaos of torn paper and some-assembly-required. And after that: New Year’s.

That year, I made a declaration: The new year would be the Year of the Book. I’m a poet, and I never really took myself seriously enough up to that point. While I had more than enough poems for several books, I hadn’t assembled them into book form, and I certainly had never sent them off to be considered by a potential publisher.

The Year of the Book would be different.

You might call it a New Year’s resolution. I think of it more as a challenge to the universe. I might be losing my job, but I wasn’t going to lose myself along with it. I was a poet, and real poets have books. I would have a book, too. I would find a publisher, and I would go on book tours, and I would sign it with hopeful statements, like, “Best wishes for your own writing.” (Everyone who goes to poetry readings is a writer, it seems.)

Guess what? I sent out my manuscript early in January, and by early May, I received a contract. My publisher loved my book and couldn’t wait to put it out. What’s more, she was interested in a publishing textbook, because she’d known me first as a literary editor in my former life. It wasn’t long before a smaller book was taken, and within a year, I had another full-length collection contract in hand.

The universe stepped up, as it turned out. I just had to give it some clear directions.

Look, I didn’t want to be a server in a honky-tonk, and I didn’t really want to be a square peg in that weird dodecagonal hole of a liberal arts college. (I’m a state university type — square in square.) But I’ve always wanted to be a poet.

You can’t live on a poet’s salary. It’s possible that there’s no such thing. The most famous poets I can think of have other jobs — usually teaching. These days I live on a newspaper editor’s salary, and my job is to put out a weekly newspaper in a small Missouri town.

Even better than my day job? People know me as a poet. In fact, I’m the poet laureate of Missouri, in the middle of a two-year term. There’s a small stipend. I used it to buy myself a tiara. I really did.

Sometimes doors close for us. The trick is to make sure that we’re on the right side of the door when it does. I’d rather be locked out in the cold than trapped inside, because outside is bigger. There are more possibilities there.

There is a life after — after job loss, after disappointment, after unfairness heaped on unfairness. The best advice I have is to be bold in the face of loss. Tell the universe exactly where you want to go. If you really mean it, somehow, the universe will get you there.

Zachary was unexpectedly affected by the pandemic

Karen lost her job and found her way back

Expand your knowledge and join the list of forward-thinking professionals. In return, you’ll get access to valuable resources, in-depth articles and more. 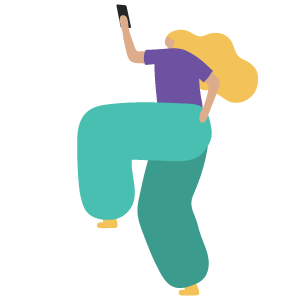 News, networking and resources for the unemployed and underemployed.